Accodring to The CFA, "The Silver Persian has long been referred to as the “Rolls Royce” of the cat world. The look is timeless and elegant, and they have always been described as regal and exquisite in appearance. It is a “breed” of classic, incredible beauty".

The silver coat color has two distinct coats: Silver Chinchilla and Shaded Silver. Chinchilla Silver kittens pocess a pure white undercoat. Most look almost white, but their coats have black tipping on their back, flanks, head, and tail giving the characteristic sparkling silver appearance. Their legs are slightly shaded with tipping. Their chin, ear tufts, stomach, and chest, are pure white. The rims of their eyes, lips, and nose outlined with black. Their nose is brick red and their paw pads are black and their eyes are green or blue-green. Chinchillas tipping is only 1/8th of an inch whereas the black tipping is longer than 1/8th of an inch on Shaded Silvers.
* Image shown is a Chinchilla Silver. 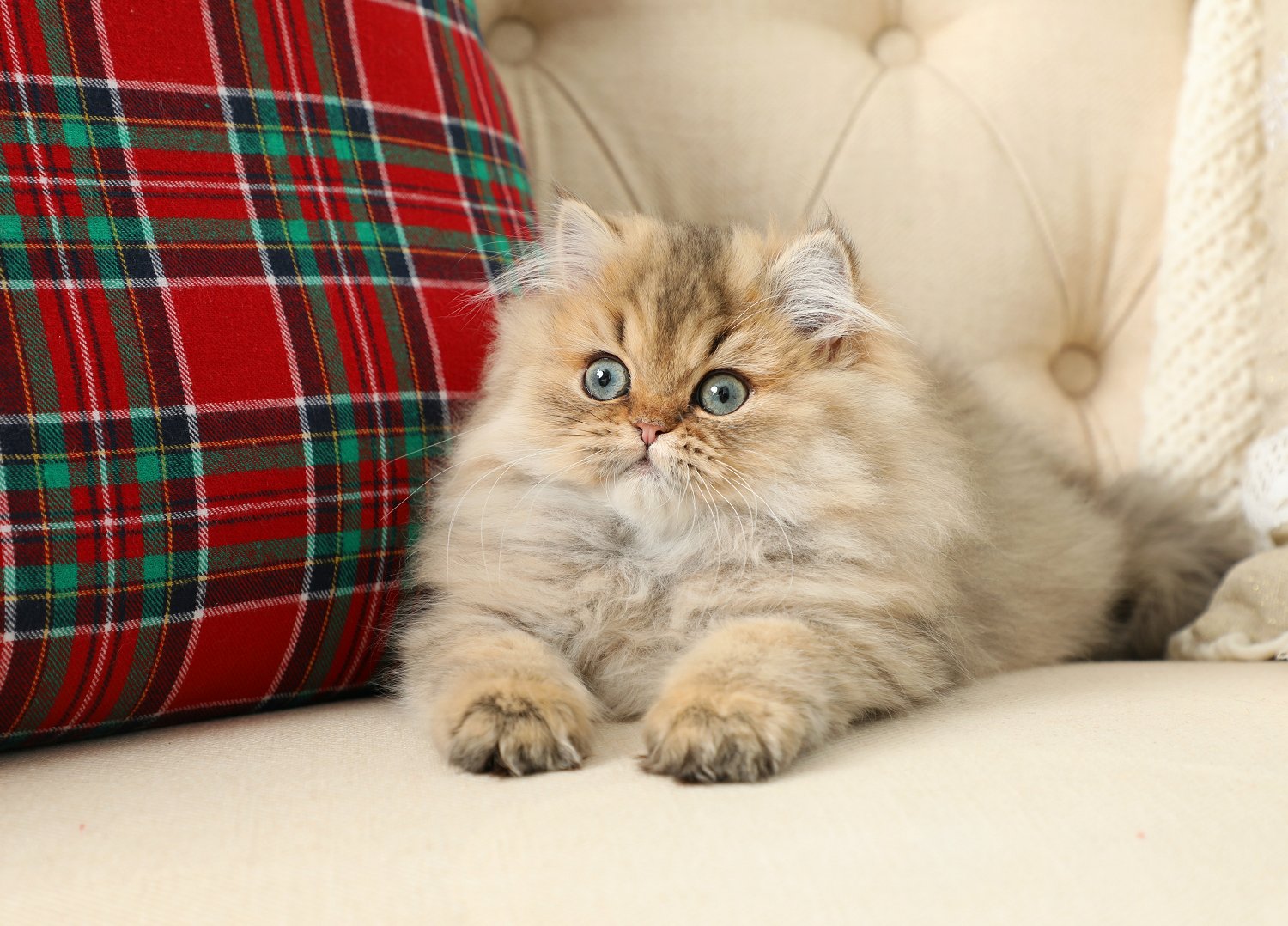 The Golden Persian is fairly uncommon and are similar to Silver Persians in every way except their color.

Accodring to The CFA the Golden's undercoat is pale honey to bright apricot. The coat on back, flanks, head, and tail sufficiently tipped with black to enhance a golden appearance. The Shaded Golden is bright apricot with a mantle of black tipping shading down from the sides, face, head and tail. Both of the Golden's legs and end of tail may be shaded with tipping. The Golden's chin, ear tufts, stomach, and chest is much lighter in tone than the undercoat color. The Chinchilla Golden is lighter than a Shaded Golden due to less tipping. All Golden's rims of eyes, lips,and nose are outlined with black and their nose is rose. Paw pads are black and eye color should be green or blue-green.
* Image shown is a Golden Shaded. 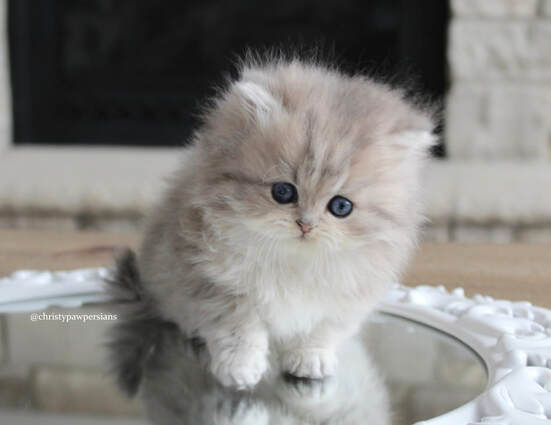 The Blue Chinchilla Golden has an undercoat that is ivory to pale honey. The coat on their back, flanks, head, and tail are tipped with blue enhancing the golden appearance. Their legs and tip of their tail may be shaded with tipping. The rims of their eyes, lips, and nose are outlined with blue and their nose is rose. Their paw pad are either blue or rose and their eye color is green or blue-green.

The Blue Shaded Golden also has an undercoat of ivory to pale honey in color with a mantle of blue tipping shading down from the sides, face, head and tail. Their legs should be the same color as the face. Their chin, ear tufts, chest, stomach, and underside of tail are ivory to pale honey color. The Blue Shaded Golden is darker than a Blue Chinchilla Golden due to more tipping. Both Blue Golden's eye rims, lips, and nose are outlined with blue and the nose is red. Their paw pads are either blue or red and their eyes are green or blue-green.
* Image shown is a Blue-Golden.